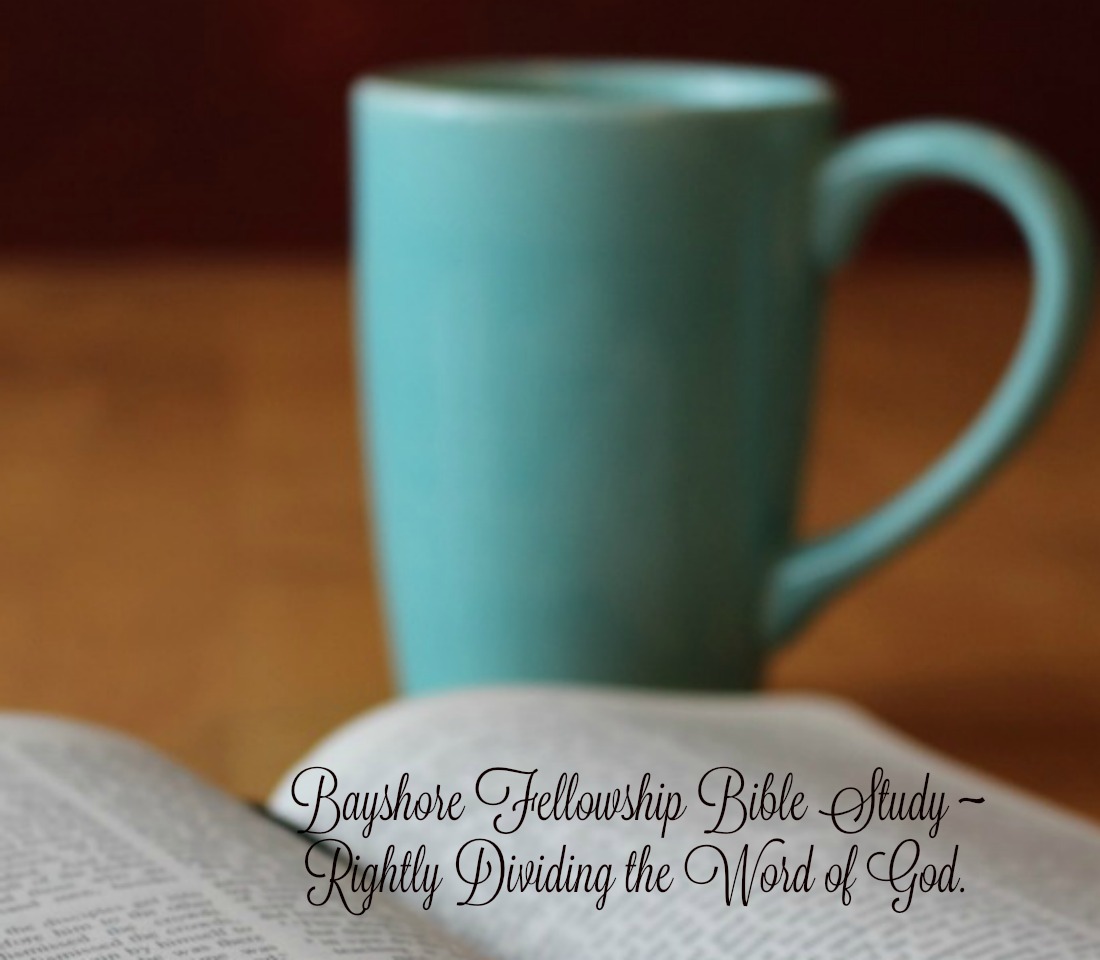 Defeat of Og King of Bashan

3 Next we turned and went up along the road toward Bashan, and Og king of Bashan with his whole army marched out to meet us in battle at Edrei. 2 The Lord said to me, “Do not be afraid of him, for I have delivered him into your hands, along with his whole army and his land. Do to him what you did to Sihon king of the Amorites, who reigned in Heshbon.”

3 So the Lord our God also gave into our hands Og king of Bashan and all his army. We struck them down, leaving no survivors.

As Israel continued closer to the Promised Land, moving westward towards the Jordan River, they passed through the land of Og, king of Bashan. Bashar was the region east of the Sea of Galilee. The territory of Og may have extended south of the River Yarmuck into Gilead. The account of victory of Og is similar to that of Sihon, cha.2:26-37, but much shorter.

4 At that time we took all his cities. There was not one of the sixty cities that we did not take from them—the whole region of Argob, Og’s kingdom in Bashan. 5 All these cities were fortified with high walls and with gates and bars, and there were also a great many unwalled villages. 6 We completely destroyed[a] them, as we had done with Sihon king of Heshbon, destroying[b] every city—men, women and children. 7 But all the livestock and the plunder from their cities we carried off for ourselves.

8 So at that time we took from these two kings of the Amorites the territory east of the Jordan, from the Arnon Gorge as far as Mount Hermon. 9 (Hermon is called Sirion by the Sidonians; the Amorites call it Senir.) 10 We took all the towns on the plateau, and all Gilead, and all Bashan as far as Salekah and Edrei, towns of Og’s kingdom in Bashan. 11 (Og king of Bashan was the last of the Rephaites. His bed was decorated with iron and was more than nine cubits long and four cubits wide.[c] It is still in Rabbah of the Ammonites.)

Sixty cities. This brought Israel even more territory to occupy on the east side of the Jordan River, and it showed them that they could, through the power of God, overcome the mighty enemies they would confront on the west side of the Jordan River. Apparently, Og was the last of the rephaim in his area, on the east side of the Jordan River. The repeated references to the rephaim or Rephaites: meaning giants, people of greater than average height and stature, or dead ancestors; in these first three chapters shows that Israel, when trusting in God, was well able to defeat this race of fearsome warriors. It also shows that their fear of these men back in Numbers 13, where they first refused to go into the Promised Land, was unfounded. Their excuses are shown to be weaker in light of the next generation’s victories.

Og’s bedstead, which can be translated as sarcophagus or stone coffin,  was 14 feet by 6 feet in modern measurement (4 meters by 2 meters), shows us the size of these giants.

Division of the Land

12 Of the land that we took over at that time, I gave the Reubenites and the Gadites the territory north of Aroer by the Arnon Gorge, including half the hill country of Gilead, together with its towns. 13 The rest of Gilead and also all of Bashan, the kingdom of Og, I gave to the half-tribe of Manasseh. (The whole region of Argob in Bashan used to be known as a land of the Rephaites. 14 Jair, a descendant of Manasseh, took the whole region of Argob as far as the border of the Geshurites and the Maakathites; it was named after him, so that to this day Bashan is called Havvoth Jair.[d]) 15 And I gave Gilead to Makir. 16 But to the Reubenites and the Gadites I gave the territory extending from Gilead down to the Arnon Gorge (the middle of the gorge being the border) and out to the Jabbok River, which is the border of the Ammonites. 17 Its western border was the Jordan in the Arabah, from Kinnereth to the Sea of the Arabah (that is, the Dead Sea), below the slopes of Pisgah.

Jair had captured these settlements in Num.32:41. The Geshurites lived east of the Sea of Galilee and south of Mount Hermon. The Maachathites we’re we ended from Abraham’s brother Nahor, Gen.22:24, and lived north of the Geshurites. The northernmost section of Gilead was given to Machir, Num.32:39, son of Manasseh, Gen.50:23. The southernmost section was given to Reuben and Gad.

18 I commanded you at that time: “The Lord your God has given you this land to take possession of it. But all your able-bodied men, armed for battle, must cross over ahead of the other Israelites. 19 However, your wives, your children and your livestock (I know you have much livestock) may stay in the towns I have given you, 20 until the Lord gives rest to your fellow Israelites as he has to you, and they too have taken over the land that the Lord your God is giving them across the Jordan. After that, each of you may go back to the possession I have given you.”

This is account of the command for the Trans-Jordan tribes to assist the rest of Israel in the conquest of Canaan.

Note: The text regularly emphasizes that the land was God’s gift to the Israelites ch.1:39.

The battle they were to assist with would be fought by armed men under the command of God. Women and children were not to be put in danger during the conquest. Therefore they remained in the cities given to them. After the conquest the men could return to the land possessions God had given them.

Moses Forbidden to Cross the Jordan

21 At that time I commanded Joshua: “You have seen with your own eyes all that the Lord your God has done to these two kings. The Lord will do the same to all the kingdoms over there where you are going. 22 Do not be afraid of them; the Lord your God himself will fight for you.”

Joshua had a huge job to do, to bring a whole nation into a land where they would not be welcome, and where they would have to fight to possess what God had rightfully given to them. He, as one of the original spies, Num.13&14, had an advantage. He along with Caleb had seen the land, had spied it out. Therefore he would be able to use his foreknowledge to prepare his military strategy. Having also witnessed the victories the Lord had given east of the Jordan, these combined experiences would encourage him when he led the Israelites across the river.

The Lord is the Divine Warrior who delivers and fights for His faithful people, Ex.15:3. So with this huge challenge in front of him, Joshua is encouraged to remember all that the LORD your God has done to these two kings, Sihon and Og. Remembering God’s past faithfulness is key to present and future victory.

23 At that time I pleaded with the Lord: 24 “Sovereign Lord, you have begun to show to your servant your greatness and your strong hand. For what god is there in heaven or on earth who can do the deeds and mighty works you do? 25 Let me go over and see the good land beyond the Jordan—that fine hill country and Lebanon.”

26 But because of you the Lord was angry with me and would not listen to me. “That is enough,” the Lord said. “Do not speak to me anymore about this matter. 27 Go up to the top of Pisgah and look west and north and south and east. Look at the land with your own eyes, since you are not going to cross this Jordan. 28 But commission Joshua, and encourage and strengthen him, for he will lead this people across and will cause them to inherit the land that you will see.”

Moses knew God was rich in mercy and forgiveness. He knew there was no harm in asking God to relent from His previous judgment that Moses would not see the Promised Land. Moses began his prayer with praise for God’s holiness and power, Ex.15:11. God is incomparable, there is none like him, Is.40:25&26.

God did not want to hear Moses’ appeal on this matter. Because of his sin at Meribah, Num. 20:12 where he misrepresented God as being angry with Israel when He was not, Moses could not enter the Promised Land. This may seem to us an excessively harsh punishment for Moses. It seemed that after only one slip-up, he then had to die short of the Promised Land. But Moses was being judged by a stricter standard because of his leadership position with the nation, and because he had a uniquely close relationship with God. It is right for teachers and leaders to be judged by a stricter standard, Jam.3:1. It is true the people’s conduct was worse than Moses’, but it is irrelevant. Moses was a great man of intercession – perhaps one of the greatest in the Bible. Yet, God would say “no” even to Moses in prayer. God will sometimes say no even to His mightiest intercessors, Jere.15:1.

God ordered Moses not to ask Him about it again. But God shows His mercy to Moses by showing him the land from a distance, ch.34:1-3. God sends Moses to Pisgah. This was the place where Moses would be able to see the Promised from a distance, and then die, and where the book of Deuteronomy will end. In fact, Moses’ death is not recorded until chapter 34, so that the whole book of Deuteronomy is framed between the announcement of Moses’ impending death and the announcement of his actual death. The book is, in a sense, the spiritual testament of Moses, Israel’s great Lawgiver.

Moses was then instructed to encourage Joshua as his replacement in leading the Israelites.

29 So we stayed in the valley near Beth Peor.

Beth Peor was a pagan site dedicated to Baal of Peor, Num.25:3,5, and was the scene of Israel’s first disastrous encounter with the worship of Baal, ch.4:3.